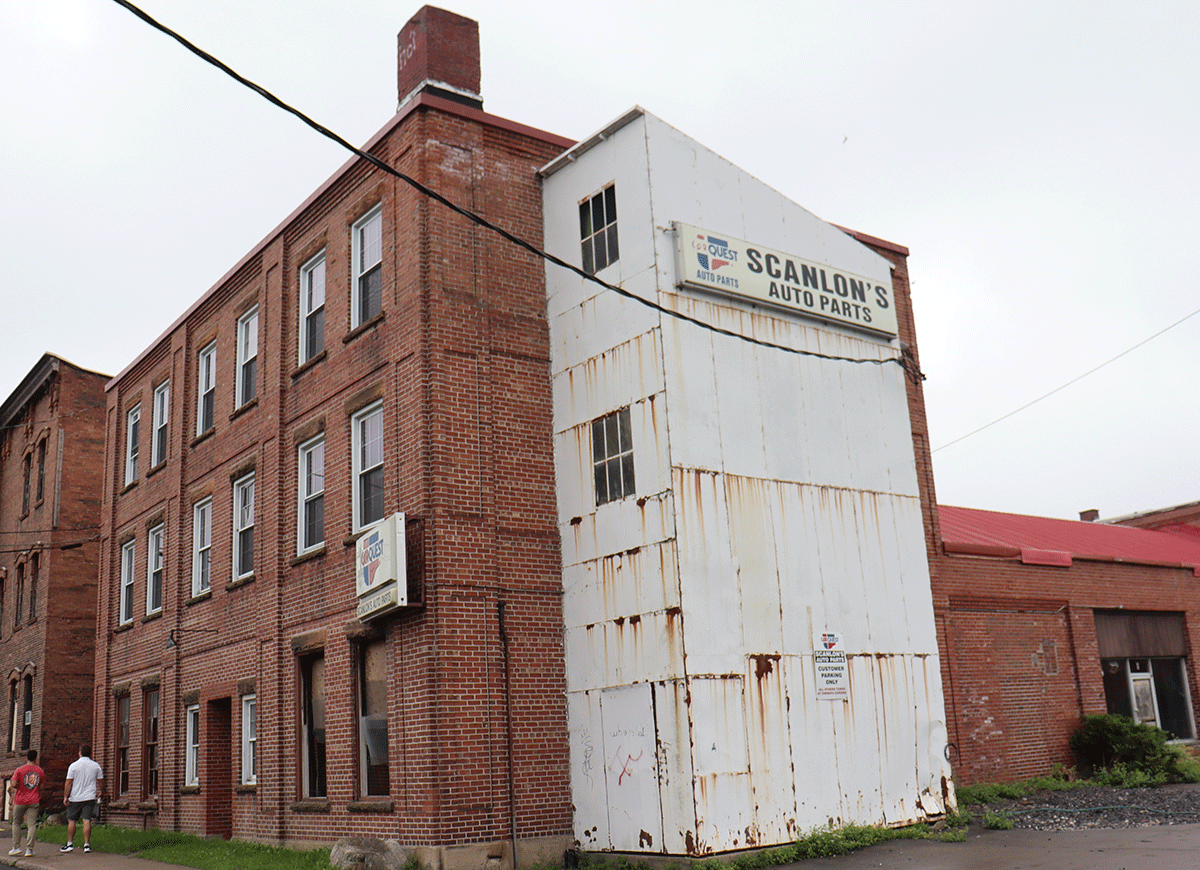 POTSDAM — The owner of the former Scanlon Auto Parts building at 4 and 6 Depot St. is planning a $2.2 million overhaul of the structure which was condemned after a fire there in February 2015.

The 12,000-square-foot building complex, which contains the 8,000 commercial space where the auto parts store was located and a multi-story apartment building, is currently owned by Pam and Larry Hazen under their real estate company Trezza Realty LLC.

The Hazens plan to present their plans to deconstruct and rehabilitate the building at the next village board meeting on Sept. 19, with the goal of applying for a grant for the work through the state Restore New York Communities Initiative.

The village would be the lead applicant on the grant and Trezza the sub-grantee, said Village Planner Fred Hanss.

Hanss said the Hazens would front over $200,000 of their money as a match for the grant. The village will serve only as the applying grantee and not contribute any financial backing to the endeavor.

The planner said the building has been closed up for a number of years and its condition has deteriorated over time.

Hanss said the future plans for the buildings include a new commercial area, high-end apartments and an events space there.

The rehab will be a piece of an overall redevelopment and rejuvenation of the Depot and Raymond streets block. Other developments around the block have included the SLC Arts Creative Spirit Arts Center, the Children’s Museum, Garner Park, and future plans for the Market Square Mall which is owned by local architect Brooks Washburn.

“It all links in with every other thing we are doing down there,” Hanss said. “It all dovetails together.”

Hanss said the grant application is due in mid October. The village board is expected to vote on whether or not to apply for the grant before then.

The village planner said the application process will include a State Environmental Quality Review (SEQR) assessment.