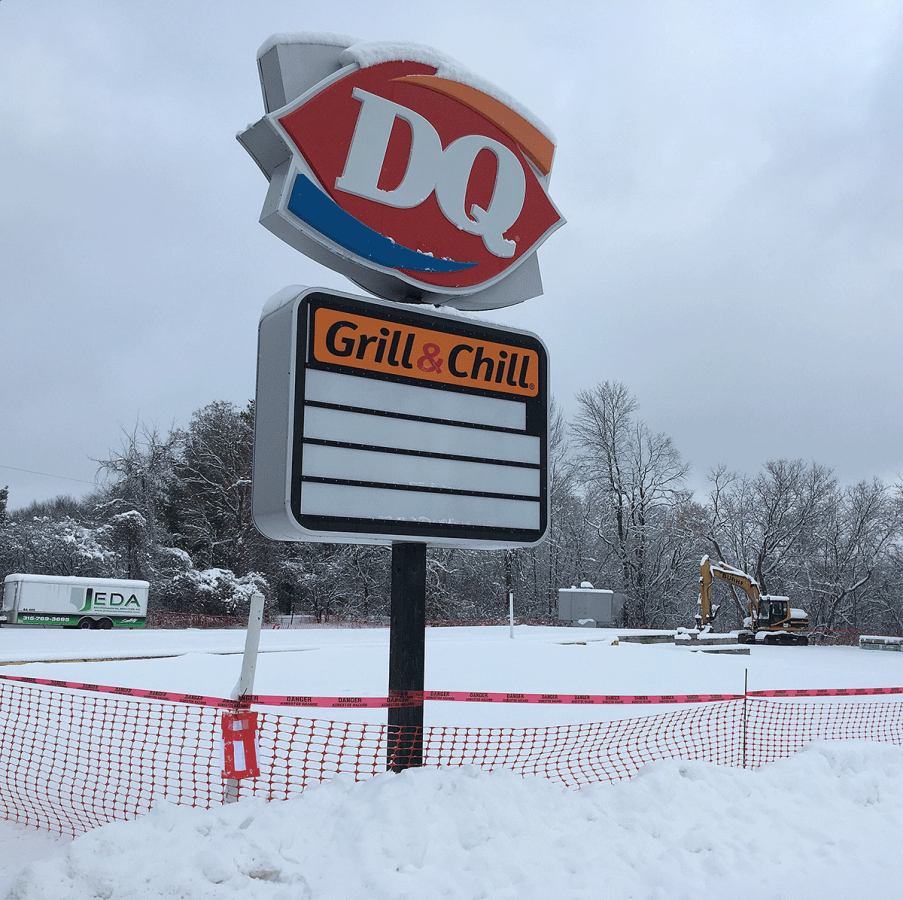 CANTON -- Heavy equipment was brought to bear earlier this week at the Dairy Queen site at 51 Gouverneur St. to demolish the building.

The wreckage of the old restaurant building which was destroyed by fire in 2018 caused by arson, was laid low and the site cordoned off with snow fence, and asbestos warning ribbon and signs.

The debris was hauled away by JEDA Environmental of Massena to the Franklin County Landfill in Constable.

The lot now features a clean slate so to speak featuring the foundations of the old building and the iconic Dairy Queen sign and marquis.

The owners, Gail Crabtree and John Putman (Audrey Guthrie, Inc. d/b/a Dairy Queen), are in the early stages of the rebuilding process. The previous Dairy Queen at the site had been serving shakes, ice cream and hotdogs since 1950. The total cost of the rebuild project is estimated to be just under a million dollars.