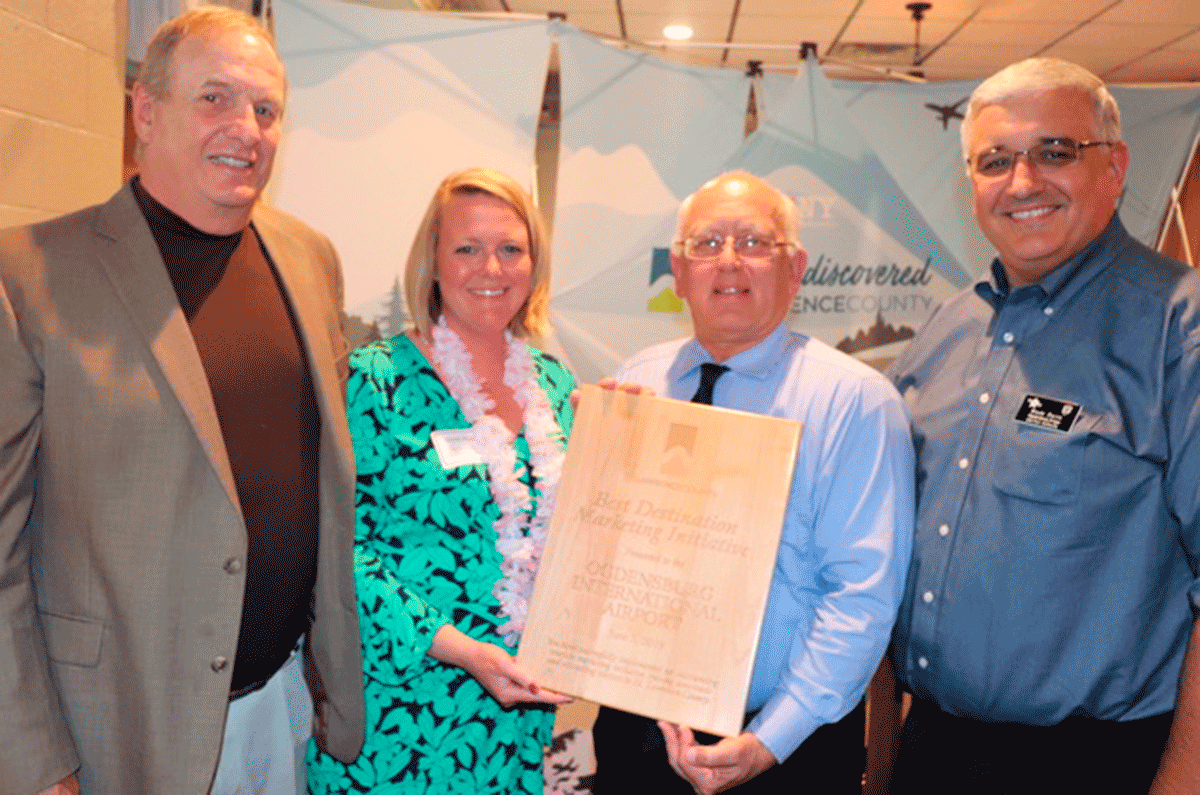 The award was presented for “attracting passengers from near and far to experience all St. Lawrence County has to offer,” she said.

Wade Davis, executive director of the Ogdensburg Bridge and Port Authority, which operates the airport, credited former OBPA member Sam LaMacchia with being a driving force behind the new jet services.

“The airport would have never expanded without Sam’s work,” he said.

Davis said support from community leaders was an important factor in obtaining approvals required to enlarge the airport facilities and obtain jet service for St. Lawrence County. OBPA plans to continue expanding airport services and continued local support will be valuable, he added. 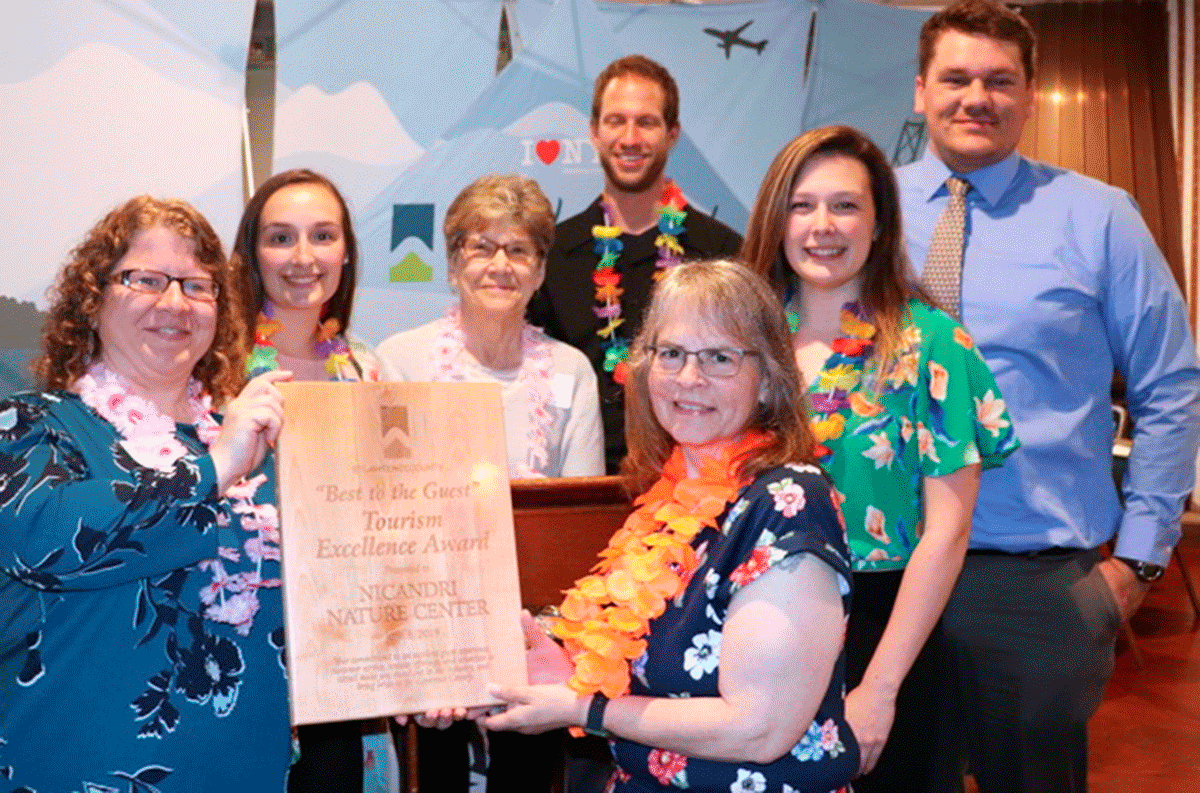 Michael Besaw, chamber assistant director, presented the “Best to the Guest” Tourism Excellence Award to the nature center, noting it has been referred to as “one of the greatest hidden gems in the North Country.”

Funded by the New York Power Authority and located in Robert Moses State Park, the center opened in 2017 to replace a facility destroyed by fire in 2010. It served 33,000 visitors last year.

The center provides a variety of exhibits and hands-on activities for all ages to promote public awareness, appreciation, and respect for the environment through exploration, education, and outdoor recreation.

Many free recreation and environmentally-related programs are offered weekly at the center.

Tourism is important to St. Lawrence County, Rouse told the more than 40 attending the dinner. “We really believe it can be a strong economic driver here,” she said. “We have unique experiences here.”