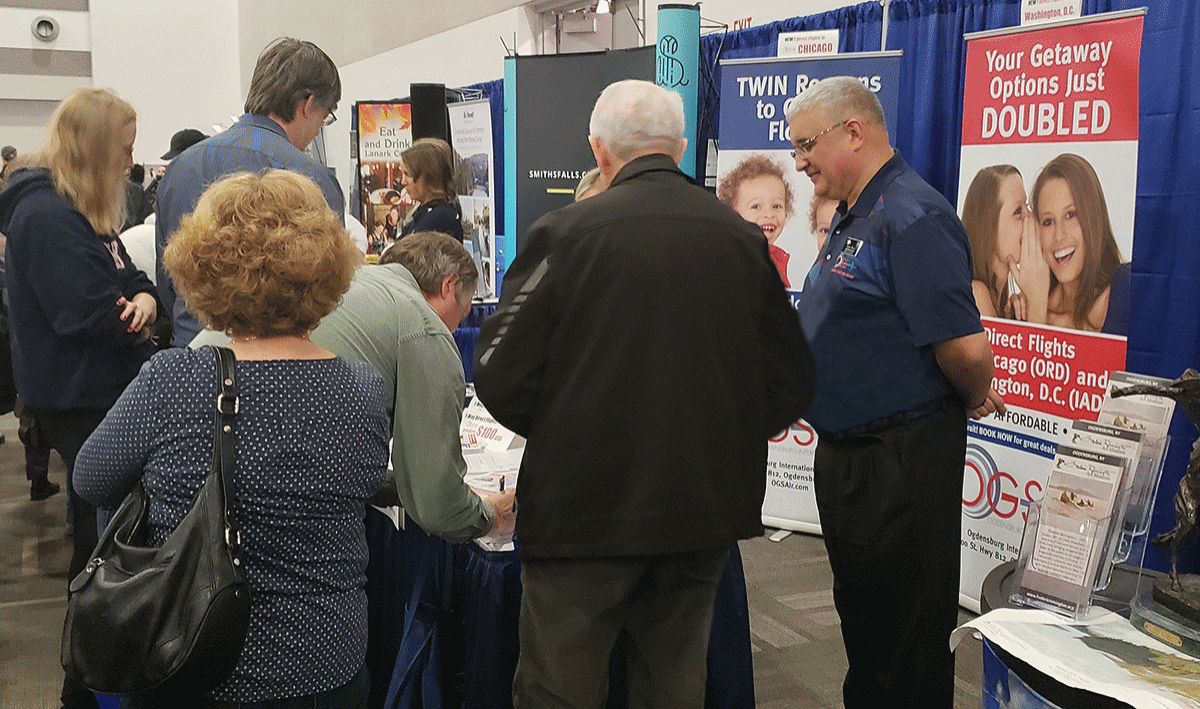 Davis said the event featured more than 10,000 attendees and the traffic to the OGS booth was “beyond imagination.”

“Interest in OGS was extremely high due to the direct United flights to Chicago and Washington. The Allegiant flights and price points also generated very strong interest. There we so many people interested in OGS's flight offerings that conversations often took place in small groups. We had the best possible exposure,” he said.

Davis said the airport also broke all passenger records at the airport in the month of March with nearly 7,000 individuals using the airport during the month, “bringing our cumulative total to nearly 125,000 passengers since the 2016 airport expansion,” Davis said.

“Credit goes to the entire exhibition team for a job well done promoting OGS with thanks to all,” Davis said.