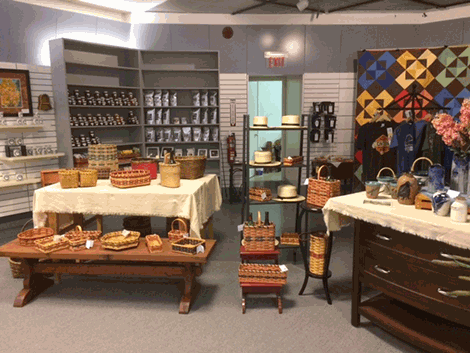 MASSENA -- The North Country Showcase, which opened in July selling local products, is more than tripling its space at St. Lawrence Centre by moving to the former Express store.

The showcase started as a marketplace selling hand-carved, hand blown, hand-woven, crafted and painted items produced in the North Country.

“There are many crafts shows, flea markets and farmers’ markets operating during the spring and summer,” Karen St. Hilaire, showcase president, said in a news release. “The majority of us knew there were few off-season outlets for these beautiful creations…so we designed a common space to provide one central location for both producers and customers, where we could showcase what our people make, increasing their sales and expanding their market.”

The showcase began with 30 vendors – like bowl makers, wood carvers and maple syrup producers, and was housed at a renovated storefront in the mall. Volunteers cleaned and painted, changed light bulbs and worked on displays.

In return for their labor, helpers earned shares in the venture. Other community people heard about the idea and bought shares, providing a base of financial support for the Showcase. These “shareholders” elected a board of directors who control the operation and decide on the overall direction of the venture. 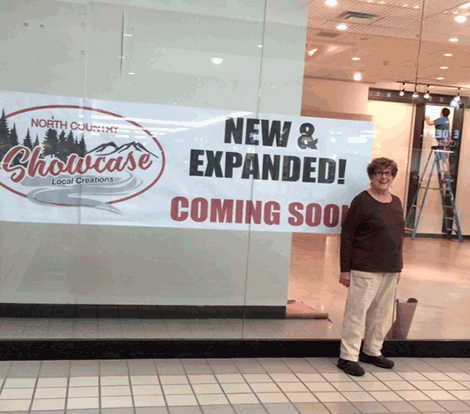 Without a marketing budget, the Showcase depended mostly on word-of-mouth and free media to share the good news with both sellers and buyers.

“Right now, we have over 70 vendors and a waiting list of a dozen more, allowing us to widen our product lines and broaden our offerings to the public,” St. Hilaire said in the release.

Hence, the move to the former Express store that St. Hilaire calls “a great site,” across from The Shoe Department and Kay’s Jewelers, in between BonTon and J.C. Penney.

“This move will allow us to add classes, demonstrations, and new product lines, plus expand to e-commerce, which will allow our producers to increase their markets online, a goal the board of directors has had from the start,” said St. Hilaire.

The overarching objective, she adds, “is the expansion of local business and the eventual need for producers to hire more people, increasing job opportunities here.”