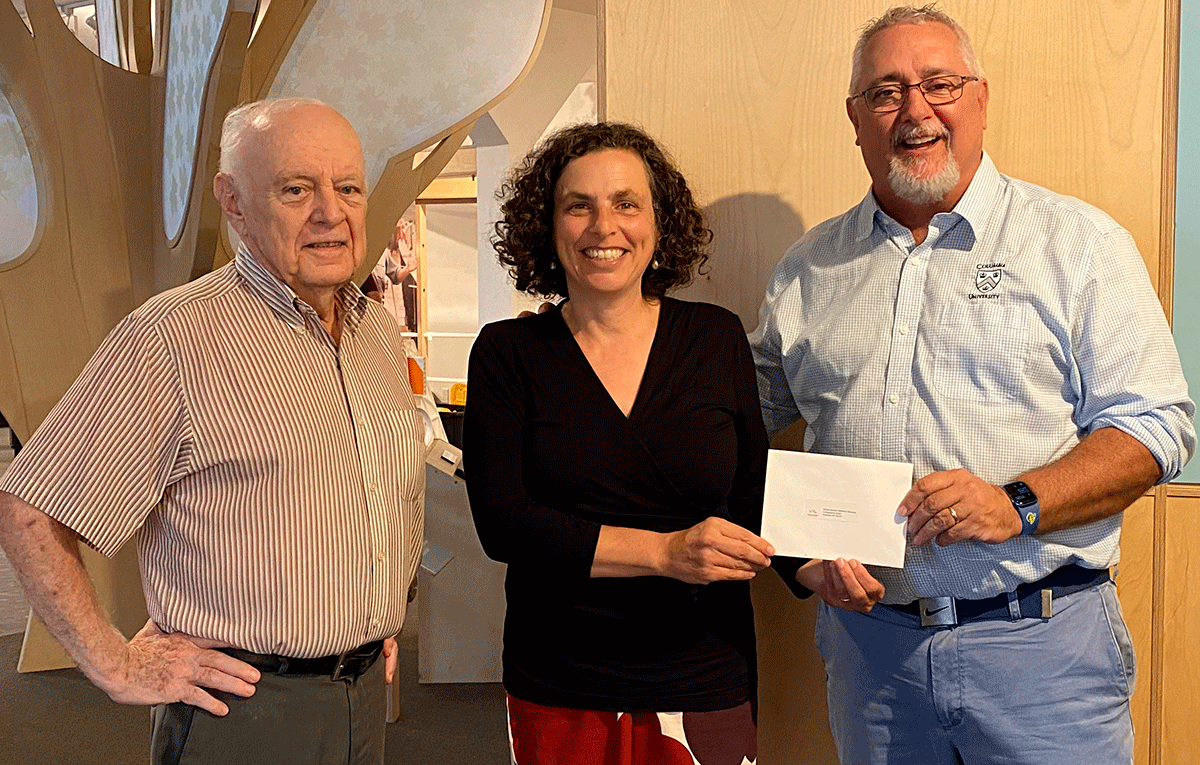 POTSDAM – A generous corporate donation from a local company, plus personal gifts from both the company’s founder and president, have placed the North Country Children’s Museum at 91 percent of its $2,300,000 goal to fund the museum’s second floor expansion project.

The Children’s Museum’s “We’re Growing Up!” Campaign for the second-floor expansion project recently received a $40,000 gift to name the Maple Forest Climbing Exhibit from NuMed for Children, Inc. a company based in Hopkinton that develops, manufactures, and delivers pediatric cardiac devices. The museum also received a combined donation of $20,000 from Allen Tower Sr, who founded NuMed for Children, and Allen Tower Jr., the company’s president.

With this recent $60,000 in donations, the museum has launched the public phase of its capital campaign. The museum is now reaching out to members of the public for donations of any amount to complete the funding needed for the expansion.

Sharon Vegh Williams, Executive Director of the museum, said “We are so grateful to NuMed and its leadership for this incredible support. With this contribution, donors like Al Tower and NuMed are making a huge impact and enriching the lives of children and families in our community. The museum has started working with renowned exhibit design firm, Blue Rhino Design, on the project. Blue Rhino created the exhibits for the Toronto Science Center and other notable museums in North America and internationally. Our exhibit designers and museum staff are creating a world-class, interactive museum experience right here in the North Country.”

“For many years NuMED has been making products to help and treat kids around the world who were born with congenital heart defects. Supporting the North Country Children's Museum is a great way to help kids right in our own area,” said Al Tower, Jr. “It's a hidden gem that continues to get better and better. Our donations would not be possible without the hard work of all of our NuMED employees.”

The building construction is set to begin in September 2022. The museum’s current first floor exhibits will remain open during the renovation. A grand opening for the second-floor expansion is scheduled for December 2023.

The Children’s Museum is located at 10 Raymond Street in Potsdam with open hours Wed-Sun 10am to 5pm. For more information about the expansion project, visit www.northcountrychildrensmuseum.org/support