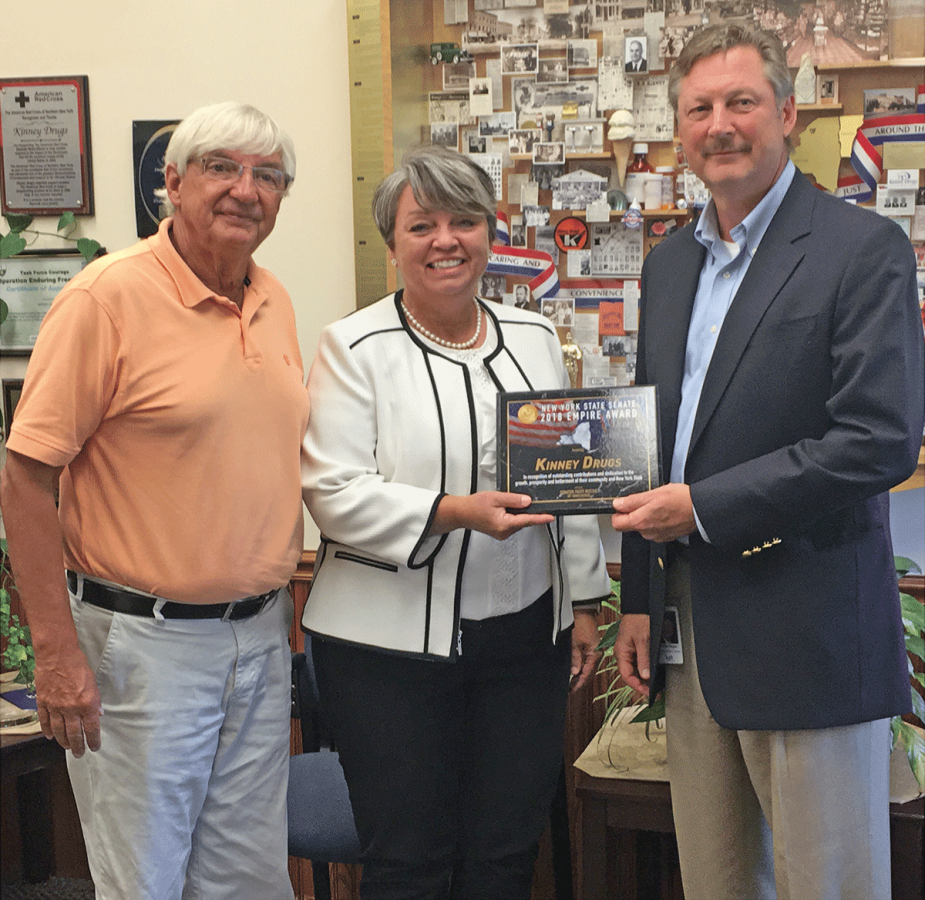 “While the company has grown throughout the years, Kinney Drugs has demonstrated a very special combination of neighborhood service, small town values and community involvement that has helped make its stores distinctive parts of the communities they serve,” said Sen. Ritchie. “I am honored to be able to present them with the Senate’s Empire Award, and wish Kinney Drugs, as well as its many dedicated employees, all the best for continued success in the future.”

Burt Orrin Kinney, a native of Gouverneur, founded Kinney Drugs in 1903. He opened the first drugstore in Gouverneur’s downtown business district, where it continues to serve generations of North Country residents today.

In 1962, as Kinney Drugs began to grow, it build a distribution center in Gouverneur to serve stores throughout Central and Northern New York, as well as Vermont. Today, Kinney Drugs has approximately 100 stores and is 100-percent employee owned, making it one of largest of its kind in the entire nation.