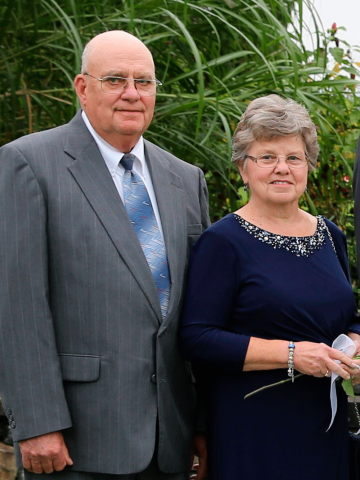 Richard and Sue Watson, 1250 State Highway 11B, Potsdam, celebrated their 60th wedding anniversary with a family dinner on Nov. 11 at Jake's on the Water in Hannawa Falls.

They are the parents of two daughters, Mychelle Rieder of Jericho, Vt., and Lynn Watson of Dillsburg, Pa.; also three grandchildren.

Richard Watson and Sue Capwell were married Nov. 10, 1962 at St. Michael's Church in Parishville with Father Plante officiating. The maid of honor was Betsy Capwell Swan, sister of the bride. The best man was James Caruso, friend of the groom.

They enjoy gardening, watching sports and snapchatting with their grandchildren.