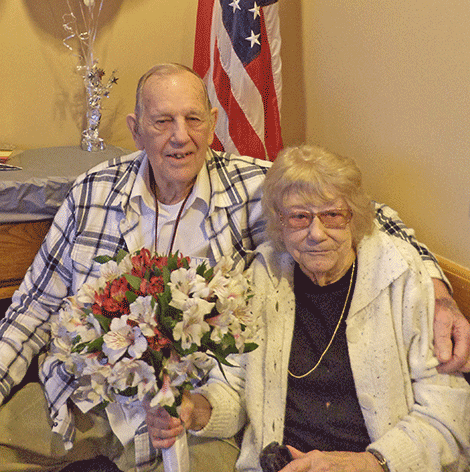 Raymond and Betty Charleson of Potsdam celebrated their 60th anniversary on Nov. 11, 2018.

They marked the milestone at an anniversary party at the Potsdam Ponderosa.

They were married in Newtown, N.J. on Nov. 22, 1958. Their wedding party included Leonard Foster and Jean Higgins.

Raymond is a retired union mason and construction superintendent. He is also a U.S. Army veteran.

The couple enjoys their love of antique cars and spending time with their children, grandchildren, and pets.