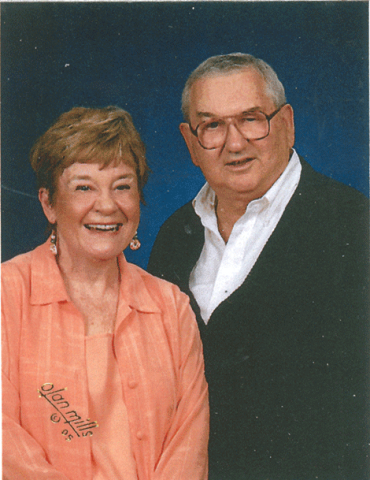 Frank and Beverly Kearing of Parishville celebrated their 65th anniversary on Thanksgiving in Longmeadow, Mass. at a party given by their five children.

They were married Nov. 21, 1953 in Syracuse by Msgr. Watley at Our Lady of Lourdes Catholic Church.

They have seven grand children and are anticipating a great-grandchild in November.

Frank spent 65 years in the tire business. He owned and managed stores in Syracuse, Utica and Binghamton before opening Potsdam Tire in June 1968.

Beverly is a retired early childhood program teacher. She taught for 30 years, including at Schenectady and Binghamton public schools, and at Canton College as a professor from 1970 to 1983.

Beverly's number one love is music. She plays piano for children, at church and for many groups. She sang in Sweet Adeline's a cappella choir from 1978 to 2003, of which Frank is a charter member.

Frank's number one hobbies are reading and travel.