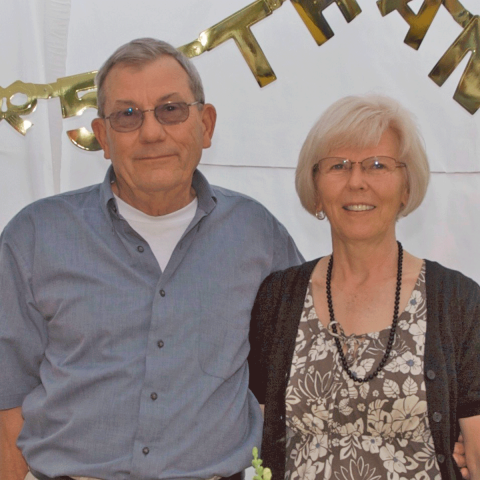 David and Jane Doiron will celebrate their 60th anniversary on Jan. 31, 2019.

The Hermon residents have three sons - Scott D. of Brooklyn, Timothy D. of Raynham, Mass. and Thomas R. of Walworth. A daughter, Lisa of Ludlow, Mass., died in 2016.

They were married on Jan. 31, 1959 in Old DeKalb. Honor attendants were Eugene Coller and Geraldine Merithew Fletcher, both of DeKalb Junction.