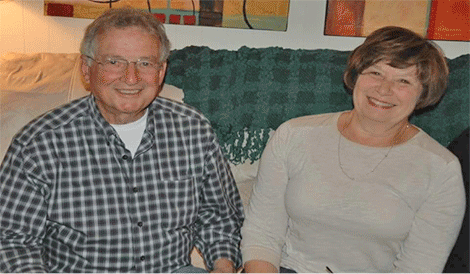 Brian and Sharon Smythe of Massena celebrate their golden wedding anniversary on March 23. The couple met in Massena in 1967. A small ceremony with family and close friends was performed by Rev. William Hart at Grace Methodist Church of Massena. The best man was Bruce Smythe and Karen (Ellis) Rhoades was the maid of honor.