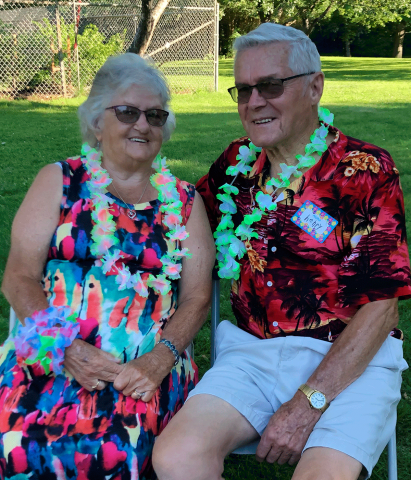 Henry and Barbara (LaShomb) Stone of Norwood celebrated their 65th wedding anniversary on July 10 with more than 120 family members and friends in attendance with great food, people, memory video and fireworks to end the evening.

The couple was married July 28, 1956 at the Potsdam Methodist Church with Rev. Brown officiating. Members of the wedding party were the late Arlington and Loretta Ploof, Barbara’s maternal aunt and uncle.

Mr. Stone built thousands of miles of highways across New York state. Mrs. Stone was a homemaker and flag woman on highway construction sites with her husband.